All Out Carp Out – Carp Info

For the All Out Carp Out we are focusing on the Common Carp to bring awareness of how destructive this invasive species can be to our waterways. Although there are other fish that look very similar to carp, they are not even related. All of the Buffalo fish are members of the sucker family and are native to North America.

The following pictures  and descriptions will help you tell the difference. Click to enlarge pictures. For information on all the bowfishing species in Alabama click here

Common Carp Average size 12 to 26 in. Can reach excess of 40 pounds. Native to Europe and Asia, very destructive invasive species. Related to the goldfish and omnivorous, commonly confused with the buffalo the common carp’s barbels and saw-toothed spines easily distinguish it from the others. Common Carp are extremely adaptive and have been introduced worldwide except in the Middle East and the North and South Poles.

Bigmouth Buffalo Is not a related to carp and is native to North America. The largest Alabama sucker, the bigmouth buffalo has a relatively large head; its eye is small relative to other buffalo, long dorsal fin, but unlike other suckers it has a large oblique and terminal mouth. It is the largest of the Buffalo fish and reaches a length of more than 4 ft and 65 lb in weight. Distinguished from carp by its lack of barbels and lack of spines in its fins. Bigmouth Buffalo prefer large slow moving water and swamps.

Black Buffalo Native to North America and a sucker not a carp, the Black Buffalo has been considered a hybrid of the Bigmouth and Smallmouth Buffalo. The mouth on the black buffalo is located just beneath the front end of the snout, and it is slightly oblique. The average length is about 20-30 inches with a maximum length of 48.5 inches. The average weight is estimated to be about 10-30 lbs. Found in quiet shallow waters.

Small Mouth Buffalo The Smallmouth buffalo is another native sucker. Its mouth is small and horizontal, with a distinctly grooved upper lip. Average adults reach a length of around 16–24 in with some specimens reaching as much as 35 in. Smallmouth Buffalo prefer moderate to fast moving water but can be found in lakes and ponds. 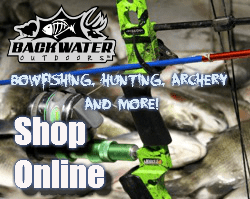